Tshechu is a religious festival held annually in various temples, monasteries and dzongs throughout the country. It’s a religious event celebrated on tenth day of a month of the lunar calendar corresponding to the birthday of Guru Rimpoche (Guru Padmasambhava). It’s a grand events where whole communities come together to witness mask dances, receive blessings and socialize. Besides mask dances, tshechus also include colourful Bhutanese dances and other forms of entertainment.

This is to be believed that everyone must attend a Tshechu and witness the mask dances at least once to in order to receive blessings and wash away their sins. Every mask dance performed during a Tshechu has a special meaning or a story behind it and many are based on stories and incidents from as long ago as the 8th century, during the life of Guru Padmasambhava. In monasteries, the mask dances are performed by monks and in remote villages, they are performed jointly by monks and village men.
Most popular Tshechus in the country are the Paro, Thimphu and Bumthang in terms of participation and audience. Besides the locals, many tourists from across the world are attracted to these unique, colourful and exciting displays of traditional culture. 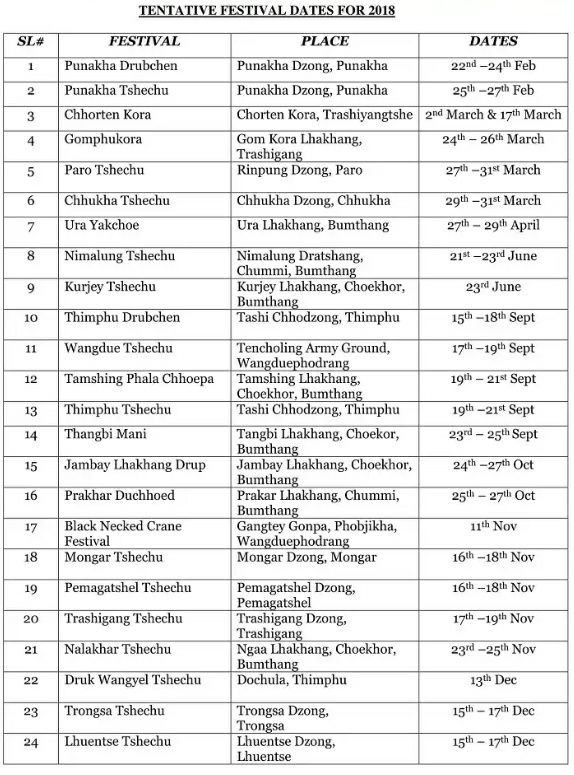 Some Birds in Bhutan!